Fact: An observation about the world around us

Hypothesis: A proposed explanation for a phenomenon made as a starting point for further investigation. An assumption based on facts but is yet not proven to have any value. A hypothesis can be tested and if found to match scientific criteria, we can use the hypothesis as a foundation for theory.

Theory: Is a well-substantiated explanation acquired through the scientific method and repeatedly tested and confirmed through observation and experimentation. We use theories to establish how thing are.

Predictions: Based on the theory we can make predictions about the future

Law:  A statement based on repeated experimental observations that describes some phenomenon of nature. Newtons Law of Universal Gravitation (but the Why gravity happen is The theory of Gravity). Other laws are laws of thermodynamics, Boyle’s law of gasses.

If a law were ever to be shown false, any science built on that law would also be wrong.

1590s, “a particular statement;” 1650s, “a proposition, assumed and taken for granted, used as a premise,” from Middle French hypothese and directly from Late Latin hypothesis, from Greek hypothesis “base, groundwork, foundation,” hence in extended use “basis of an argument, supposition,” literally “a placing under,” from hypo- “under” (see hypo-) + thesis “a placing, proposition” (from reduplicated form of PIE root *dhe- “to set, put”). A term in logic; narrower scientific sense is from 1640s.

1590s, “conception, mental scheme,” from Late Latin theoria (Jerome), from Greek theōria “contemplation, speculation; a looking at, viewing; a sight, show, spectacle, things looked at,” from theōrein “to consider, speculate, look at,” from theōros “spectator,” from thea “a view” (see theater) + horan “to see,” which is possibly from PIE root *wer- (3) “to perceive.”

Remember; The speed of light is based on a theory and is limited within the theory. Hence the calculation of the actual point of time when the Big Bang happened never adds up

THE ELEMENTS OF A CIVIL CONSPIRACY

The following five elements are generally required to prove the tort of civil conspiracy:

Examples from US law:

We can conclude that the conspirators of a conspiracy are the ones deserving the attention and consequences. Those who are merely making a hypothesis about a conspiracy should be free to ask questions.

We can also conclude that to be a “conspiracy theorist” requires high analytical and research skills with application of scientific methodology to their research and subsequent theory. 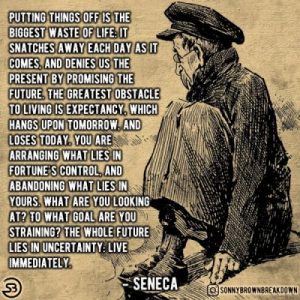